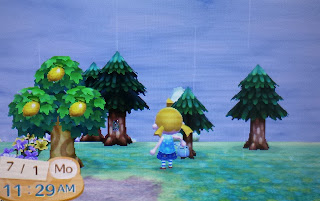 And this was what reminded me. xD Cicadas and their cacophony of NOISE. It's the voice of summer in Animal Crossing, though, so I shan't complain too much. An easy five (six, including the shells) entries to my bug encyclopedia!

Shampoodle is also on its third day of construction today, which means I can finally get everyone's hair done! :D


And, of course, Timmy and Tommy are closing up shop for a second time to upgrade to the Super T&T!

But I'm really getting ahead of myself here. Maybe I should start from the beginning of the three or so days I missed. 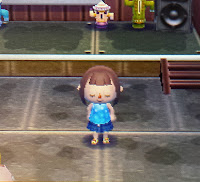 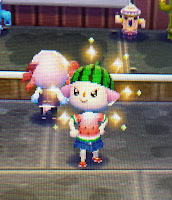 Indeed, Club LOL moved in and I was able to get three K.K. songs on Saturday night, plus emotes in the preceding mornings!

As of now, I have four emotes with each of my characters, only a fragment of the selection possible. And to think, in previous games, my emote roster for every character would already be full at four! 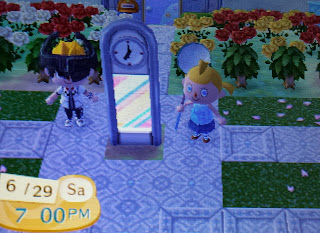 I also scooted back to Windfall Saturday night to watch Jasper's epic Modern Clock ring in 7:00. It's pretty legit -- the clock makes this portal sound and glows rainbow! It was just so uncanny that I had to see it myself. c:

At some point last weekend, I also visited a beautiful town named ナナメ. For the most part, the pictures speak for themselves of this town's wonder and awe:

The town tree SPOKE to me, it was so large. It recounted the entire history of the town while I sat beneath its branches. I can't even sit under my town tree, at the moment. It's too small and pathetic, with no stories to tell yet. :(

I was also quite taken with the mayor's house. Their front foyer is, I do believe, the most wonderful and mysterious room I have ever seen in an Animal Crossing home. The concert venue they constructed in the basement is also incredibly well-wrought. SUCH a spectacular house. :') 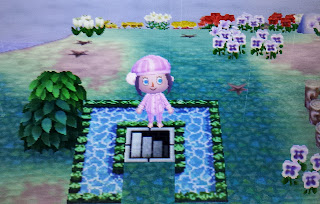 They even had Pokémon Mystery Dungeon-style stairs patterned on the ground in various locations! ナナメ, may I have you? D:

This last thing I have here is another example of how witty and well-scripted this game is. Violet was randomly ranting to me about travelling while I was young, and then she said this about herself afterwards. I never took Violet for an old lady, but I found this funny all the same. :D
~ 11:52 PM