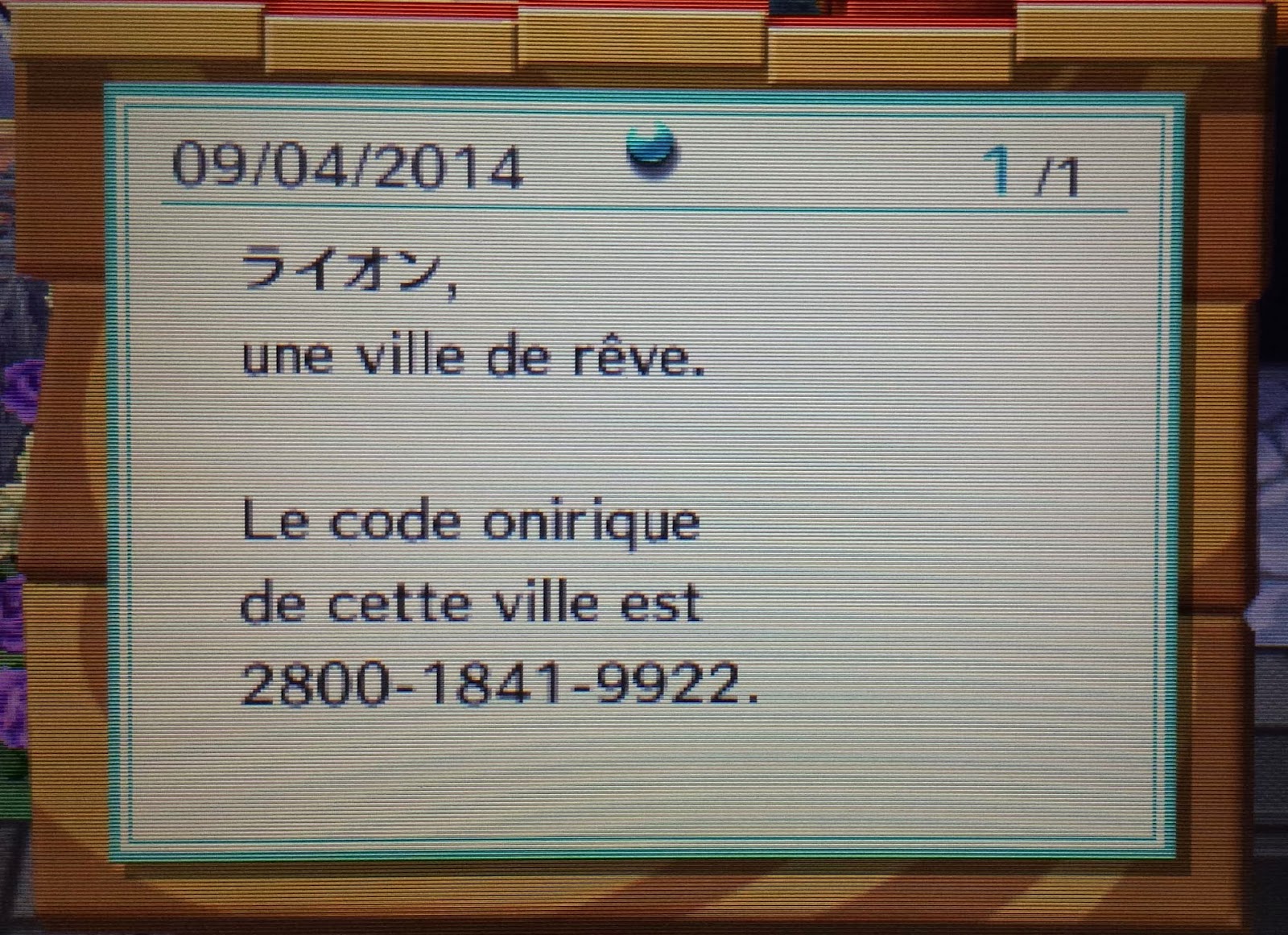 This Dream Address was another revisit! ^-^ This time, I went to the town of ライオン, which loosely translates to "Lion" I think. Clearly, some time-traveling going on here, seeing as April 9th, 2014 has not occurred in the real world yet. c: 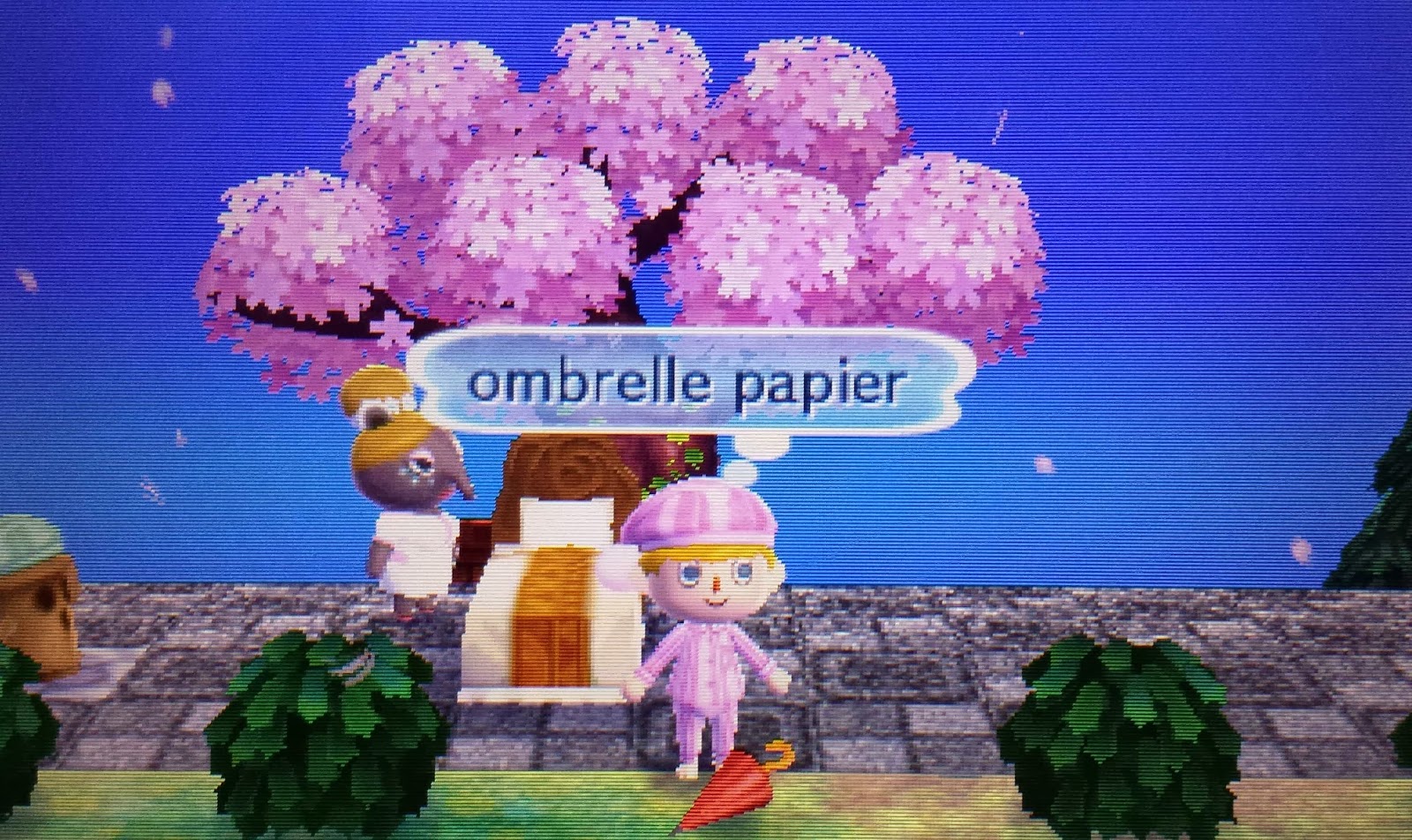 I was rather impressed upon first landing at the plaza in my warping bed--the plaza was cleanly paved and some effort had invariably gone into planning these exact conditions for the saving of the dream. Plus, the gift of a paper umbrella was left for me, and I just love receiving presents in dreams! :D Also, the lion tiles laid out to spell "LION" was pretty cool. Nice touch. (I did a pretty crappy job of photographing the shot with the "O" and the "N", though... The town tree is the "O" in case that wasn't apparent. :s ) THIS. Yay, continuity! This little scene, complete with the centrally-located cube sculpture, looks exactly like something I'd find in this sort of town. This person keeps the theme very consistent throughout their town as well--and the dreamies have a theme of their own, too: Lions! 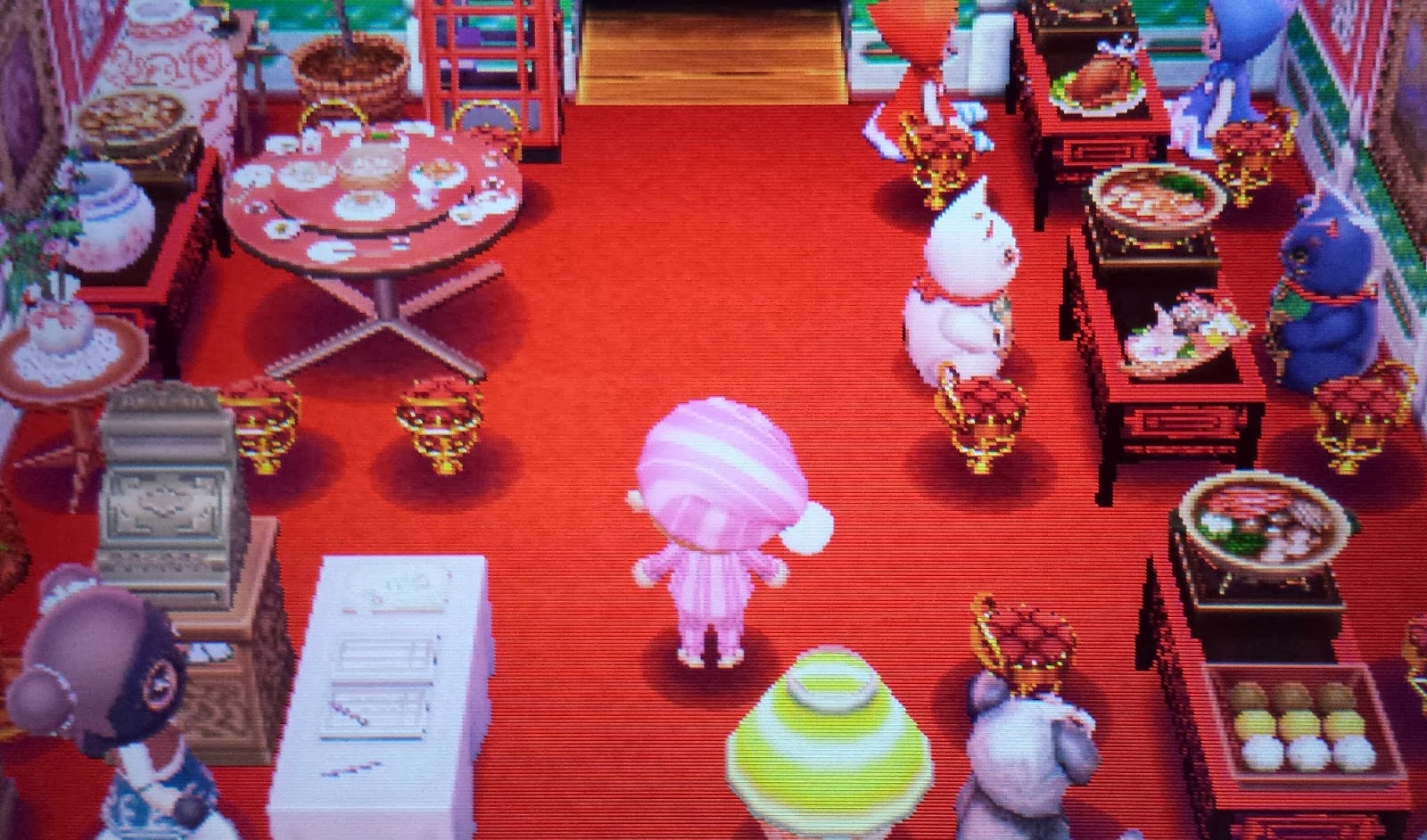 The first house I explored was customized to the imperial theme on the outside, and that appears to have been carried over to the inside as well. ^^ A Chinese restaurant, perhaps? Regardless, I found this to be one of the most beautiful houses I believe I will ever see, and I'll tell you why: First, I would not be surprised to encounter this house's twin in real life; second, everything is so meticulously and intentionally placed; and third, the creator was not afraid to just use a simple red carpet of their own creation instead of a tangible carpet and it looks BEST this way. 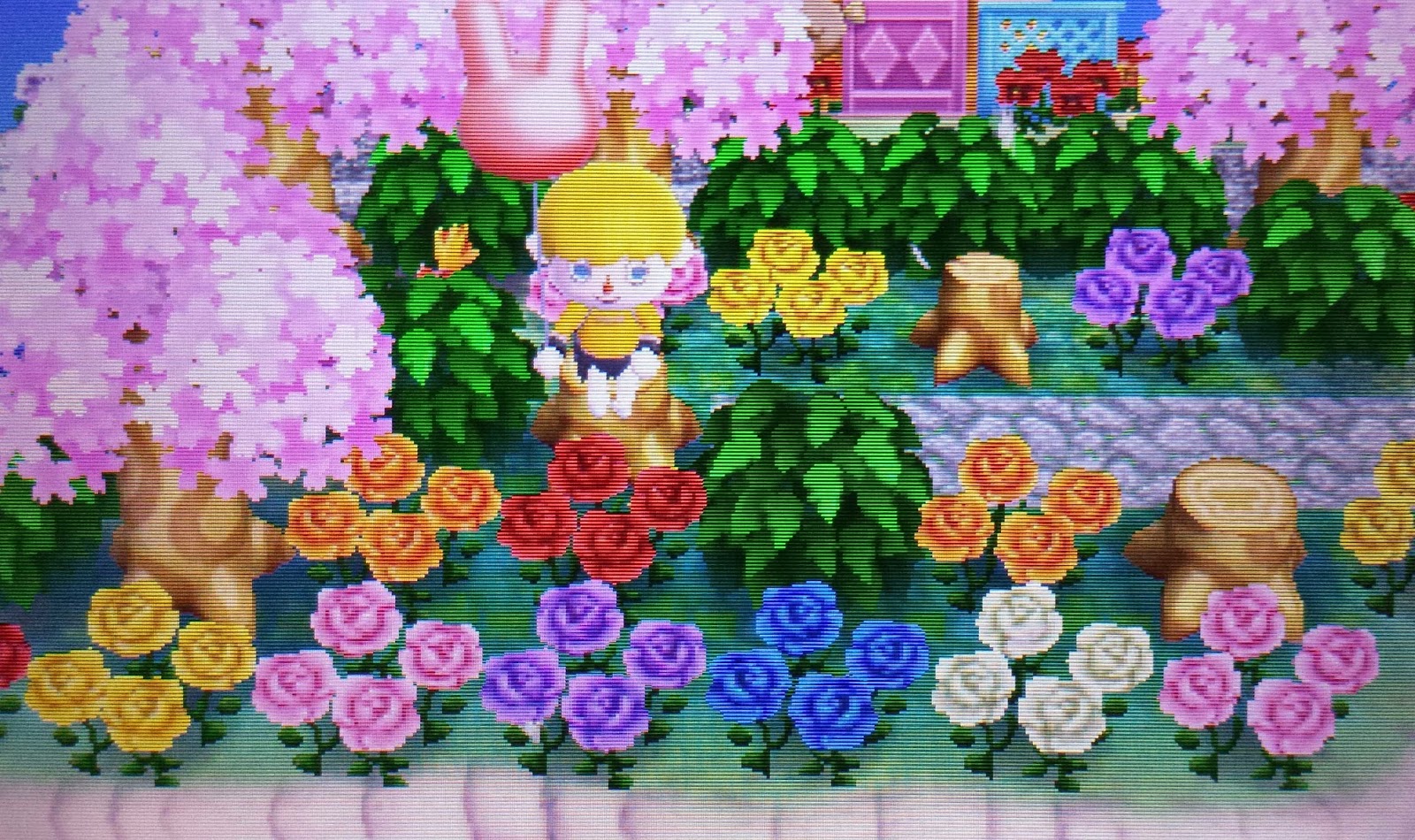 I went exploring a little more after that first house, making my way down to the beach where I found the kind offering of an orange wetsuit! :D I put it on, as you can see, but I'm not sure it's exactly my colour... Think I like my white wetsuit better, ahaha. c: 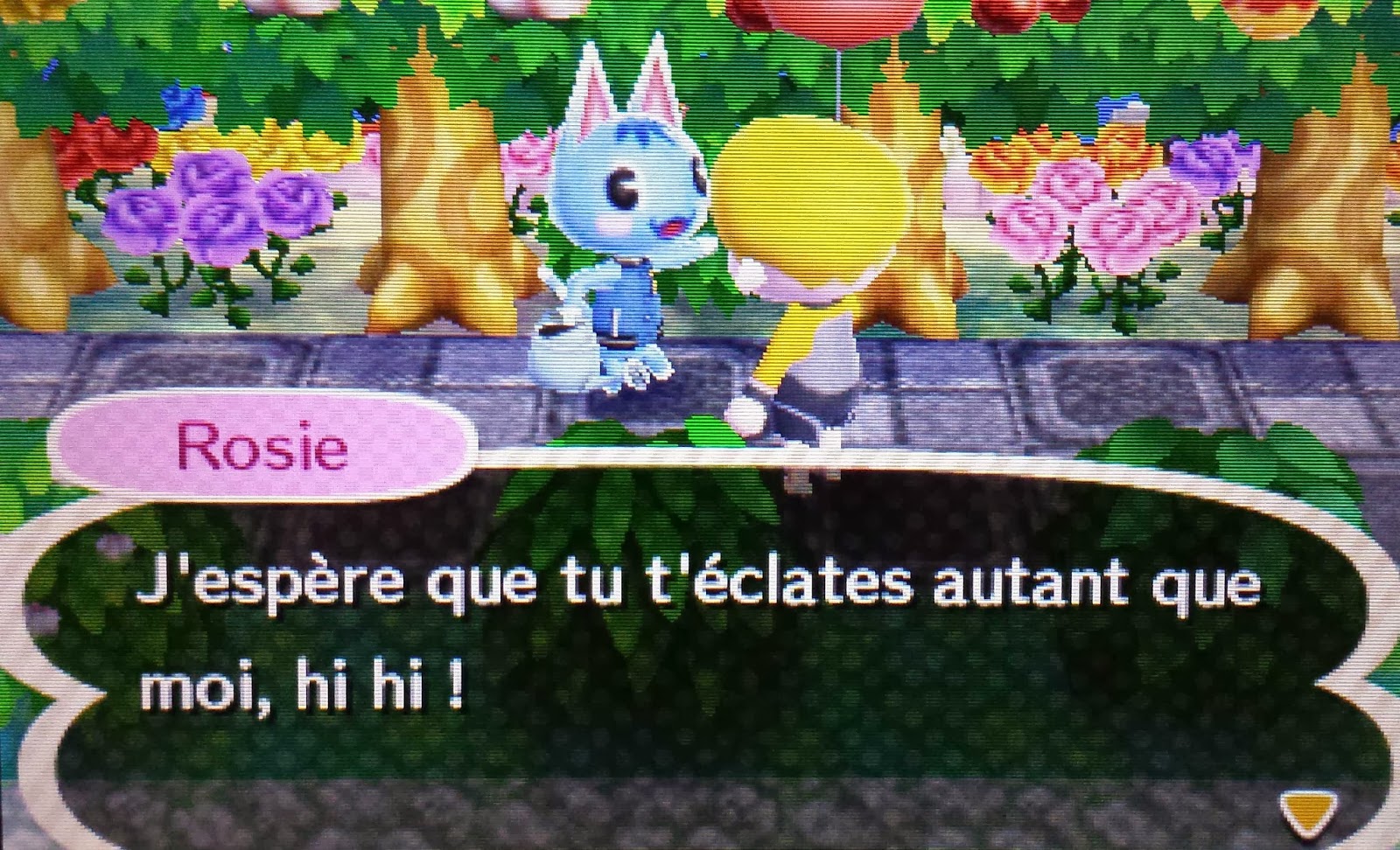 I also met one of my four remaining dreamies, Rosie. <3 In addition to Rosie, I'm only missing Filbert, Hugh, and Yuka as of right now. Miagen's dream neighbour roster is getting close to being complete! Until then, I will have to be content with meeting my lovelies in dreams. 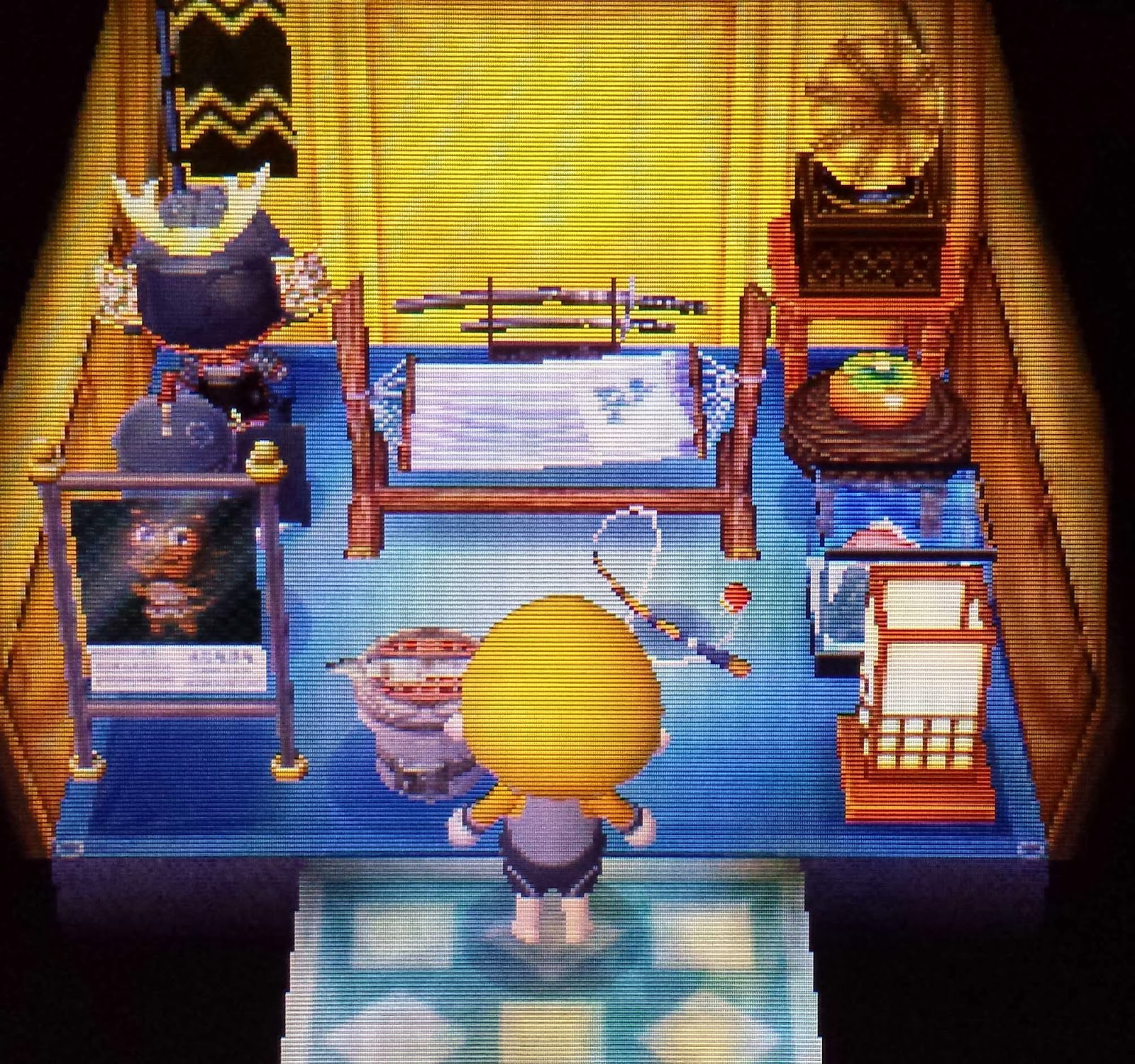 This permanent camper that I found to the northeast was very fitting for the area as well--as you might expect, he was located right near the campsite PWP, in a peaceful forest-y setting. His tent is decorated all nice inside, too. ^^ (The cherry blossom season in April is an especially effective time for a perma-camper, I find. Who wouldn't be camping at that time of year?!) I'm rather jealous of how green this person has managed to keep their town as well, or at least the parts that need to be green. Speaking as someone whose town seems to have a lot of brown spots that simply won't grow grass... Mmmmph. :c However, personally, I could do without the rainbow-striped rectangular patches like the one you see right in front of the tent in the picture above. (Are they supposed to be towels? I don't even know. 'Cause they don't look enough like towels to justify being there, I feel...)

The next house I went into was, quite clearly from the first room I entered, a schoolhouse. 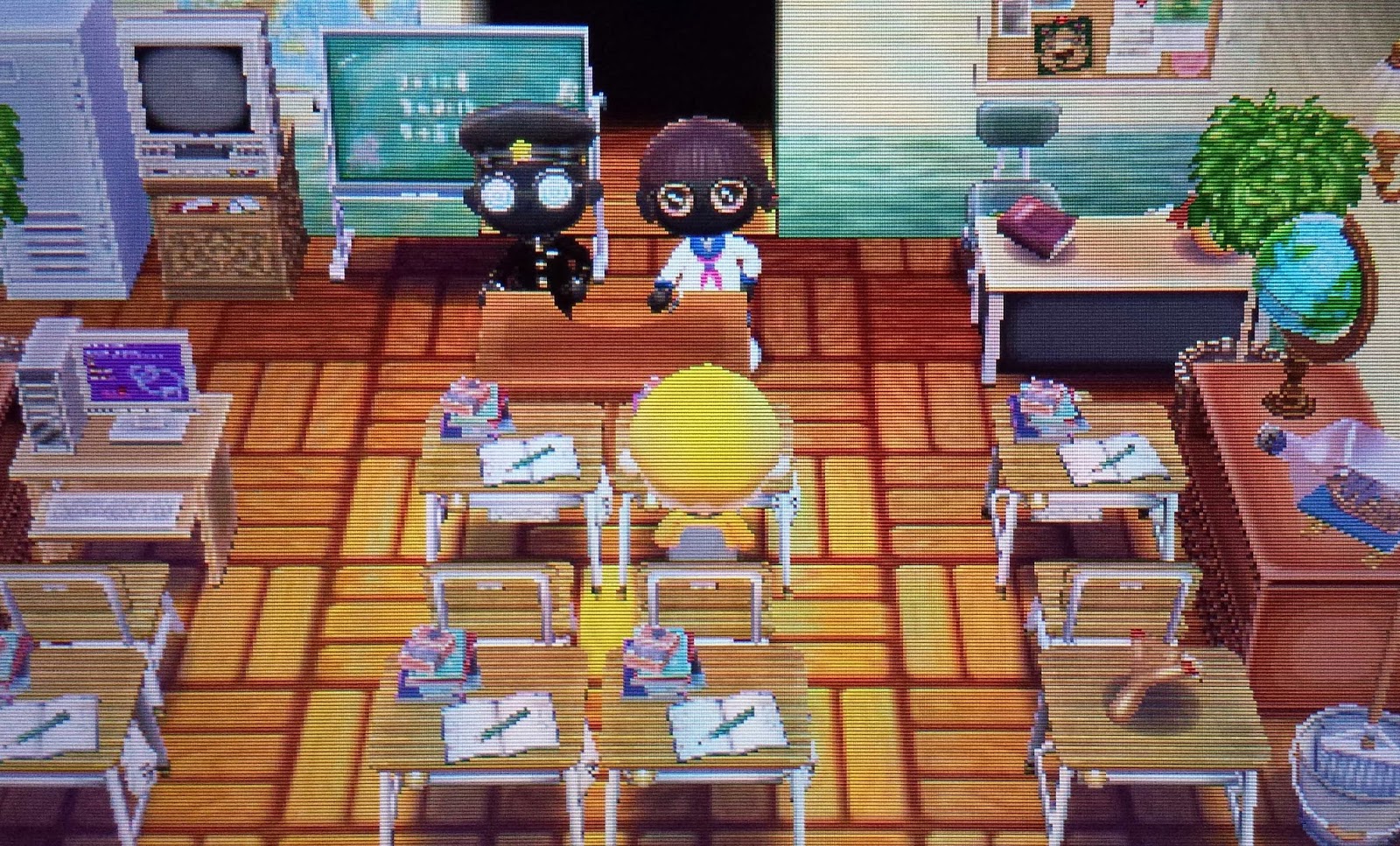 Once again, meticulously designed. Very impressive. Like, the creator even went so far as to put a slingshot on someone's desk (probably the intended "troublemaker") for shooting pieces of eraser and other small objects at the teacher. (Not very nice, but hey, it happens.) There is also a small principal's office to the back, a science lab to the right, a nurse's office to the left, and a music room in the basement to complete the theme. :) (Bah, to be perfectly honest, I find the nurse's office is a little more cluttered than what I believe is necessary, but that's just nitpicking~)

Now, this house, I believe, is the mayor's house. (I don't exactly remember, though--I revisited this town over a week ago now.) The mayor's house would be a good bet, though, because of this House of Commons-type deal in the rightmost room. And if that's truly what this room is, then that's got to be a relatively original idea. I mean, I've never seen or heard of anyone doing anything quite like it... 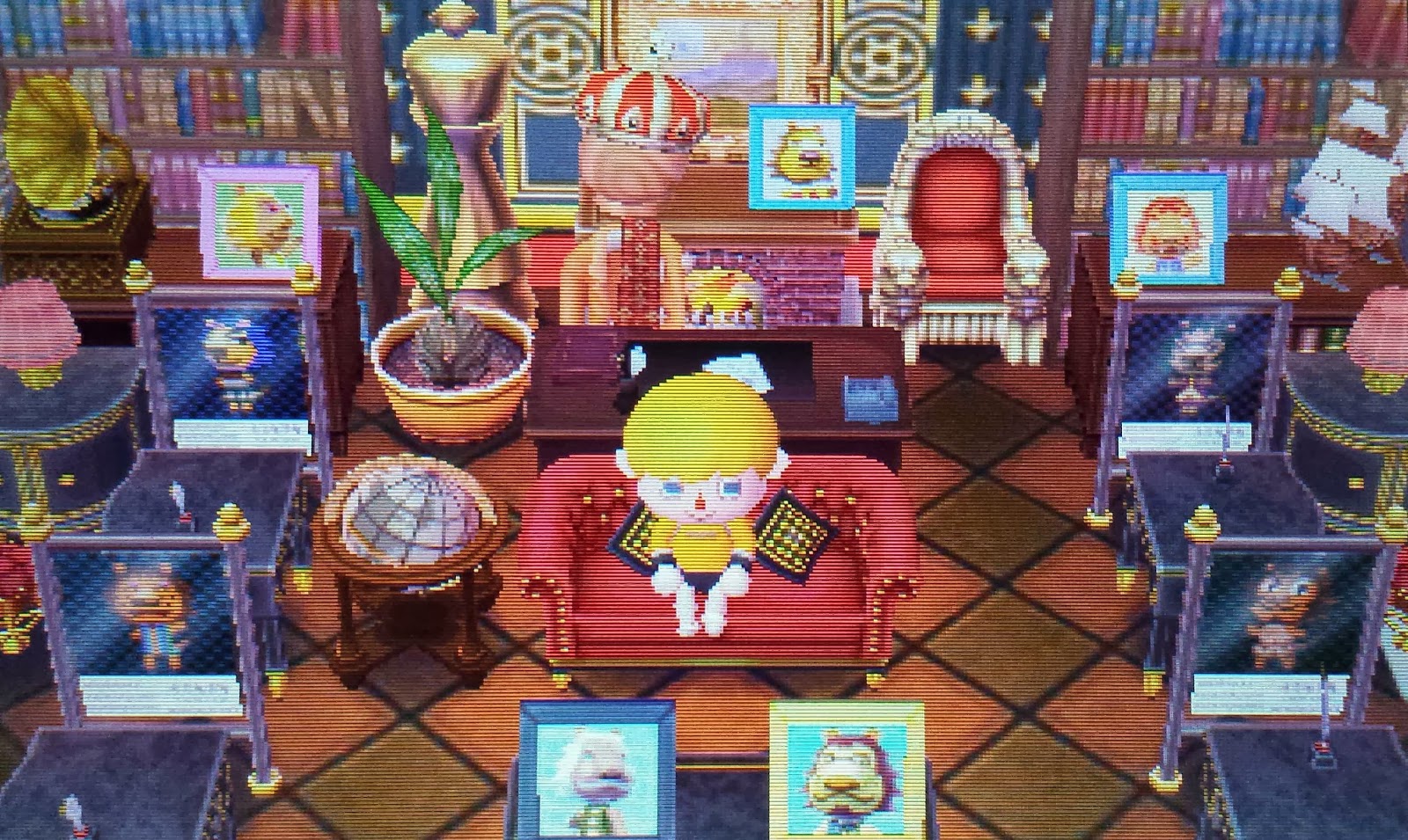 I did find the other rooms in this house to be rather redundant, however. There was a kitchen (in back, I think?) that we'd already seen in the Chinese restaurant house. And I mean, I know every house needs a kitchen in theory, but technically every house needs a bathroom in theory, too. I haven't seen any of those in this town. Even more unnecessary was the second casino. I actually don't have any ideas as to why there are two of those. 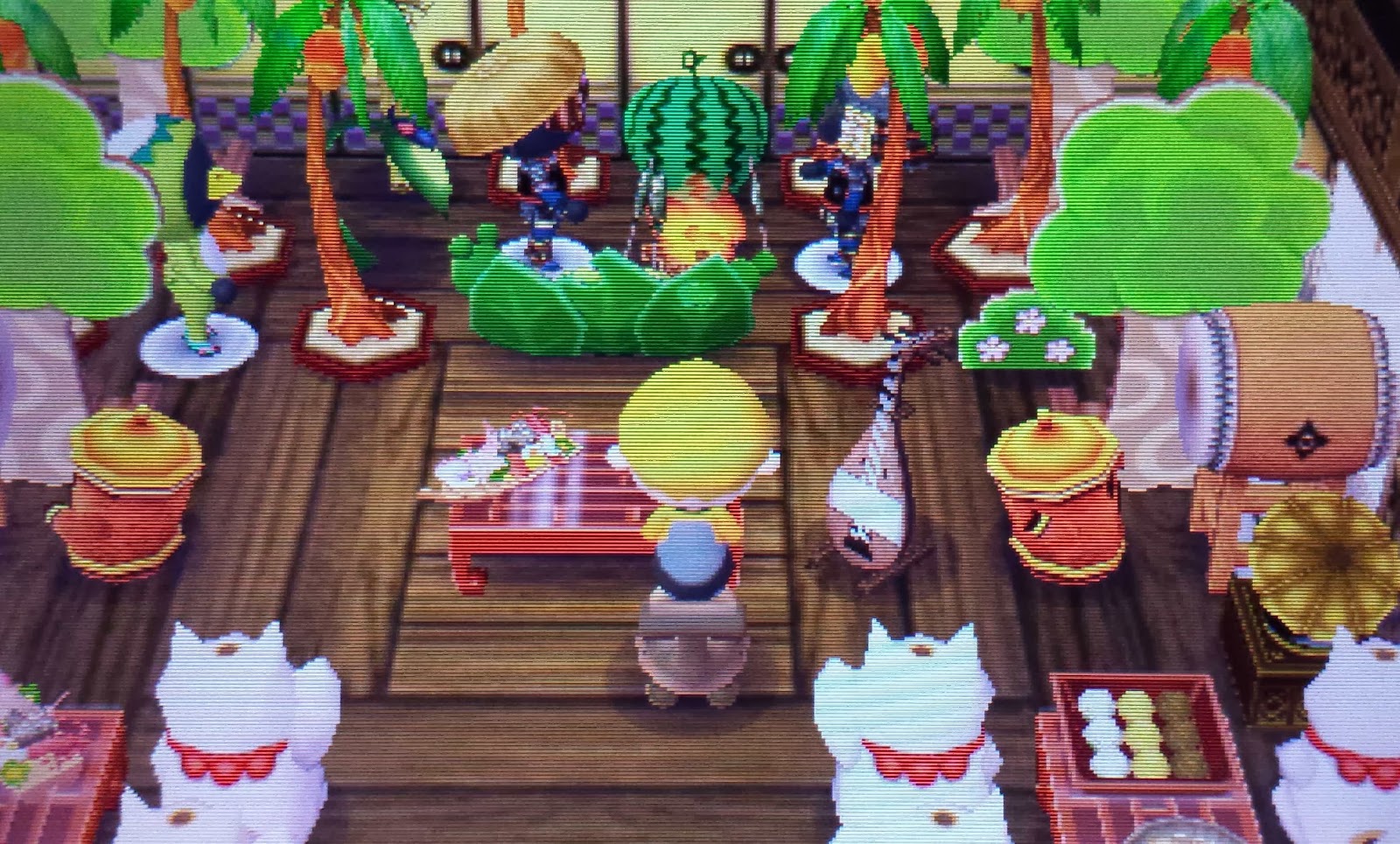 The upstairs room was interesting, though. I haven't a clue what it's supposed to be, but I was mildly amused by the placement of a watermelon chair behind the campfire to make it look like some tribal dude is roasting a watermelon over an open fire. xD

So, all in all, a pretty gosh darn neat town. Definitely one I would recommend to others to visit, both for house design and landscaping alike. Lovely work, creator of ライオン.